Day 0: a walk through Warsaw and registration

Warsaw greeted us with strange-looking clouds and friendly ICPC volunteers who took us to a bus to our hotel. We drove through some calm Warsaw streets with small houses, while I was prepared to see large Moscow-style apartment blocks. Apparently not entire Warsaw is like that :) 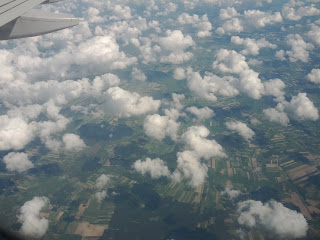 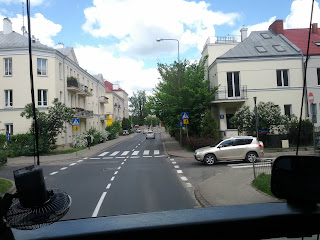 Since there was nothing planned for us by the organizers today before 21:00, we went for a walk through the city together with the SPb IFMO team. Warsaw has buildings of completely different styles standing next to each other, but somehow I didn't take pictures of most of them, so what I have here is mostly the old town which was rebuilt after World War II trying to preserve the old look. 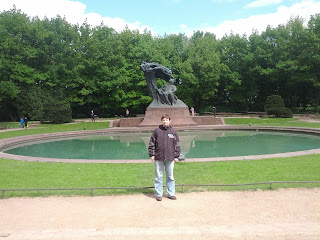 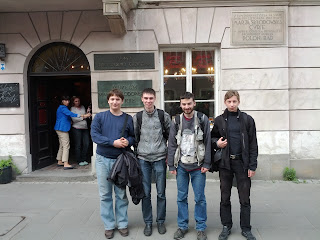 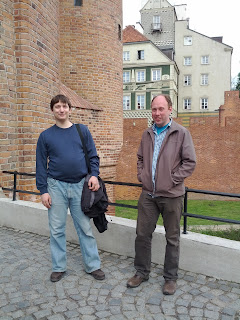 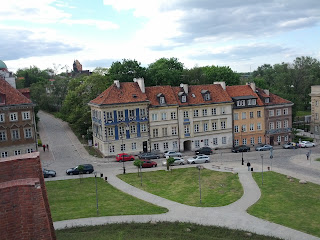 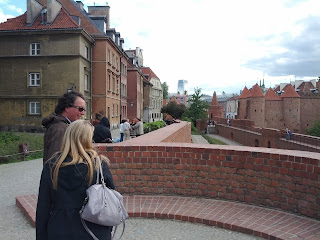 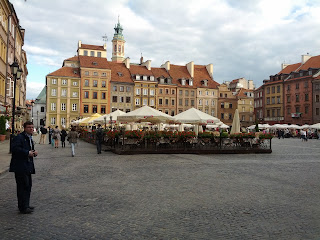 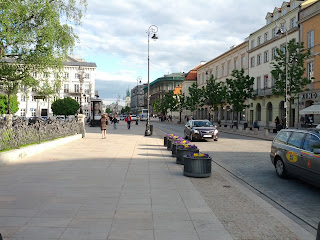 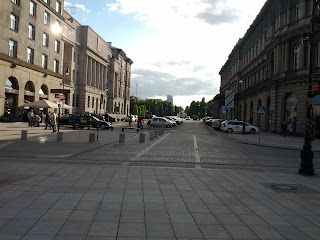 The day ended with team registration, where they've given out some cool souvenirs and made the teams pass 8 (!) different stations, which was actually be quite fast and painless until the next-to-last station which was team photography with flash interviews. That took quite a bit of time, and there was about a 30-minute line there. Let's hope that will make for an awesome broadcast of the finals themselves, having all that interviews to refer to during the contest :) Here's a picture of the Moscow State University team before they found out about the line, and the souvenirs I've received as a co-coach. 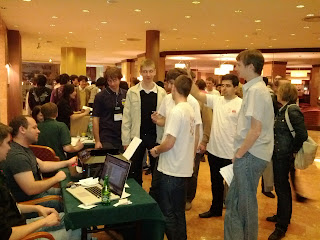 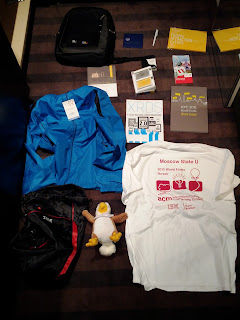 Do you want to know more about what's going on? Do you want to find an answer to some specific question about the event? Please ask it in the comments :)
Posted by Petr Mitrichev at 1:40 AM