The second round of voting for the new name of this blog happens in my Google+ - please help me choose!

TopCoder SRM 637 took place on Thursday (problems, results, top 5 on the left, my screencast). The hard problem in this round had an interesting blend of requiring both an algorithmic insight, and an "ad-hoc" insight making use of the fact that everything happens on a grid.

Codeforces Round 275 happened a day later (problems, results, top 5 on the left). Problem B was quite simply stated and presented a nice, if not very difficult, algorithmic challenge. There's a hidden array of 100000 non-negative integers up to 230-1, and the only things you know about it are bitwise ANDs of its consecutive subarrays, for at most 100000 subarrays each given by the left and right boundaries. You need to find at least one array with such subarray bitwise ANDs or report that none exists.

Quite a few official ACM ICPC competitions are also happening these days. In particular, NEERC Saratov (results, the participants of the offical competition are marked as "ghosts") and Moscow (onsite results, online results) subregionals had online mirrors that let us get an early glimpse at the relative strength of various Russian ACM ICPC teams this season. So far, the Tapirs team from the Moscow State University is the one to beat. Another interesting thing about those and other subregional scoreboards is the teams that are missing from them: the obvious one is that tourist's team did not participate in the online mirrors, but they are still planning to participate in the Northern subregional as far as I know; but there are actually two strong teams who look to be skipping this year's official ACM ICPC contests completely: the strongest Nizhny Novgorod State University team and the strongest Ural Federal University team, placed fourth and fifth in the latest Petrozavodsk training camp. This is an (unintended?) side effect from the rule that lets each person participate in the ACM ICPC World Finals at most twice.

Finally, let's come back to a puzzle from last week to explain the solution. The puzzle was: given an undirected graph where the degree of each vertex is at most 5, prove that it's possible to color its vertices using 3 colors in such way that each vertex has at most one adjacent vertex of the same color as itself. The approach we'll take is very straightforward: start from arbitrary coloring of all vertices using 3 colors, for example a completely random one, then gradually improve it until it satisfies the restriction of at most 1 adjacent vertex of the same color for every vertex. In order to improve, we pick any vertex that has at least 2 adjacent vertices of the same color, and fix its color. Since its degree is at most 5, there a color that at most one of its neighbors has, so we pick that color for the fix. One might even think that doing this once for each vertex is enough — but that's not true, since by fixing one vertex we might break its neighbor, more precisely the one with the color we're fixing our vertex to. Given this knowledge, it's not clear anymore why the fixing process terminates at all. That's when the magic happens: we can notice that each fix decreases the number of edges where both ends have the same color! We get rid of at least two such edges, and introduce at most one. Because of this, the total number of fixes does not exceed the total number of edges.

Thanks for reading, and see you next week!
Posted by Petr Mitrichev at 10:02 AM No comments:

Let's start with a poll: what would be a good name for this blog? Vote in my Google+, and suggest other options in comments! Now, back to business:

TopCoder SRM 636 on Tuesday had quite diverse problemset (problems, results, top 5 on the left). The easy was a pretty straightforward implementation involving several nested loops and a standard way to find sums of sub-rectangles of a given grid in O(1) after precomputation. The medium was a very unexpected application of linearity of expectation — such problems never cease to amaze me! The hard was a "professional" problem requiring both an insight and quite careful implementation to get right, which I haven't managed this time.

Even if my solution for the hard didn't fail with both timeout and wrong answer, I would only get second place. The first place is undisputedly Endagorion's — great job Mikhail!

The new season of the Open Cup started on Sunday with the Grand Prix of Saint Petersburg (results, top 5 on the left). I don't think the problemset is available online yet, but one of the problems was a very simply stated mathematical puzzle that I can share here:

Given an undirected graph where the degree of each vertex is at most 5, prove that it's possible to color its vertices using 3 colors in such way that each vertex has at most one adjacent vertex of the same color as itself.

Overall, this was a nice contest — kudos to the problemsetters!

Codeforces Round 274 (problems, results, top 5 on the left) happened right in the middle of the Open Cup round, so everybody had to pick only one of the two. As evident from the scoreboard, there was still quite fierce competition and Bruce ended up on top with 200+ point margin — congratulations!

Bayan Elimination Round wrapped up the highly competitive Sunday (results, top 5 on the left). I don't think the problems are available online, and I did not participate myself, but quite a few strong algorithmists did. Kazuhiro, one of the problemsetters of TopCoder SRM 636 mentioned above, has topped the scoreboard with a substantial margin — well done! This contest was notable for its highly unusual advancement system: only the top one coder from each of top 20 countries would advance to the onsite finals, essentially splitting the competition into many intra-country micromatches. Now quite a lot of people got to feel like many Moscow State University teams feel each year at the ACM ICPC regionals :)

Thanks for reading, and check back next week!
Posted by Petr Mitrichev at 9:54 PM No comments:

Codeforces Round 272 was the only regular contest during the last week (problems, results, top 5 on the left). The problemset consisted of two relatively simple mathematical problems A and B solved with formulas that can be figured out using pen and paper, two dynamic programming problems C and D that had a few tricky implementation details to take care of, and an extremely tedious O(nlogn) data structure problem E that did not require anything more complicated than a stack and binary search, but needed more than an hour to implement and had a lot of possible plus/minus one errors to make.

There was another online contest held on Saturday, Marathon24, which is very similar in format to Challenge24: mostly solving optimization problems instead of pure algorithmic ones, the online part takes 5 hours but people who advance will participate in a 24-hour onsite competition. I didn't participate, but some quite strong teams did; I'm not sure if the final results are available online since the standings mention that they are still frozen. Maybe somebody reading this blog can confirm if the final results are already available?

Thanks for reading, and check back next week!
Posted by Petr Mitrichev at 11:03 AM No comments:

The final round of Russian Code Cup 2014 took place on Saturday (problems in Russian, results, top 5 on the left), but it went without the official onsite event like we had last year, as the organizers decided to cancel the onsite part and hold the final round online. The monetary prizes were still up for grabs, and Gennady has claimed the biggest one with just 2 minutes to go!

Problem C was the highlight of the competition for me. You were given a positive integer M, and were asked to come up with an instance of the knapsack problem which has exactly M solutions (well, to be precise, M had to divide the number of solutions, but all approaches I know yield exactly M). More precisely, M was up to 1018, and you had to find at most 200 positive integers ai, each up to 500, and another positive integer W up to 500, so that exactly M subsets of {ai} sum to W. Some ai might be equal, but they are still treated as different for the purpose of subsetting. I encourage you to try solving this problem, you can submit your solutions at the Codeforces gym!

TopCoder SRM 635 took place later in the evening (problems, results, top 5 on the left). This round had problem statements in English unlike the Russian Code Cup, but the top 3 were exactly the same, Gennady claiming the first place thanks to the ultra-fast solution for the hardest problem.

That problem went like this; how many sequences of integers between 1 and 4 exist such that adjacent numbers are different, and there are exactly n1 ones, n2 twos, n3 threes and n4 fours? n1 and n2 are up to 200, n3 and n4 are up to 50000. Similar problems appear in competitions time and time again, but every time they turn out surprisingly difficult to implement. Can you see an approach that leads to a simple implementation?

Bayan 2015 Contest Warm Up happened on Codeforces on Sunday (problems, results, top 5 on the left). Conratulations fotile96, hogloid and sankear on solving all problems! 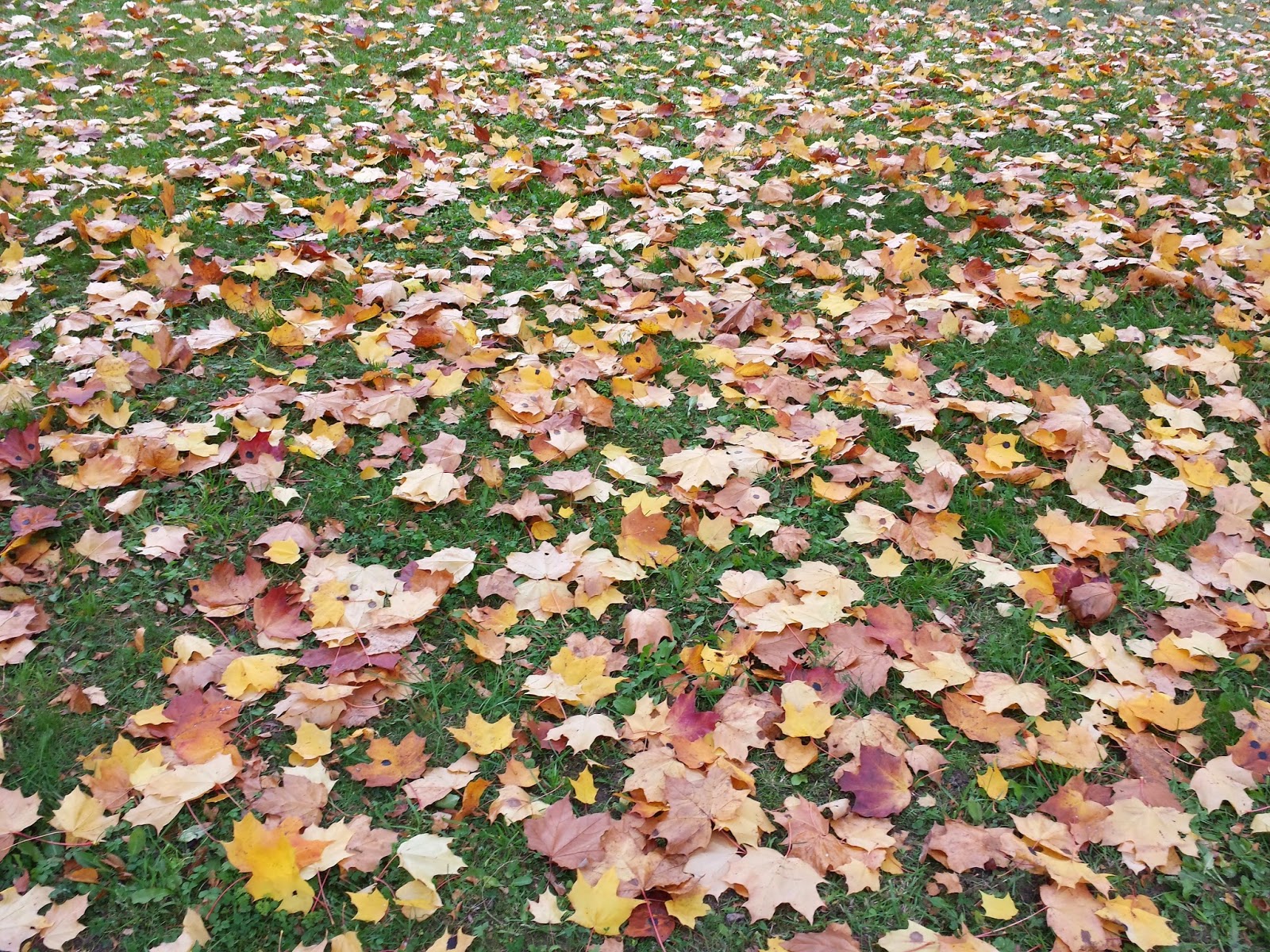 Thanks for reading, and see you next week!
Posted by Petr Mitrichev at 9:59 PM No comments: