Codeforces has hosted yet another company-sponsored round last week, AIM Tech Round (problems, results, top 5 on the left). scott_wu has demonstrated an amazing bug-finding performance by challenging six other solutions, but in the end just his problem-solving speed alone would be enough for the victory. Congratulations!

TopCoder SRM 681 on Saturday (problems, results, top 5 on the left) has provided the competitors with an unorthodox medium problem. I had no clue how to solve it, so hats off to kcm1700, the only competitor to solve all three problems and claim a well-deserved victory!

Here's what that problem was about. You are given a sequence of 10 million numbers. To be more precise, you're given a way to generate it: start with a given number X0, then repeatedly compute Xi = ((Xi-1 xor A) + B) mod 250, where A and B are also given. You're looking to find the radius of each element in the sequence, defined as the largest number k such that the previous k elements and the next k elements are strictly less than the given element, and return the sum of the radii for all elements. The catch is, you have to do it while using at most 1 MB of memory - so you can only store about 1% of the sequence in memory at the same time!

Open Cup 2015-16 Grand Prix of Saratov (problems, results, top 5 on the left) has capped the week with another very nice problemset. Problem C, which we couldn't solve during the contest, turned out to have a very beautiful solution - so kudos to Past Glory team on solving it on the way to the first place!

The said problem looked somewhat standard on the surface. You're given a 10x10 chessboard with some cells removed. You need to find any connected set of cells on it that has exactly W white cells and exactly B black cells, or report that there isn't any. One could readily imagine a dynamic programming solution that goes row by row, remembering how many white cells we've taken so far, how many black cells we've taken so far, which cells are taken amount the last jagged row, and which connected components they form. However, such DP has too many states (roughly 10000 states of the jagged row with connected components, times 100 steps, times 50 white cells, times 50 black cells equals 2.5 billion, and although not all those states are reachable, a big fraction of them are) and will never run in time. So how does one solve this problem? 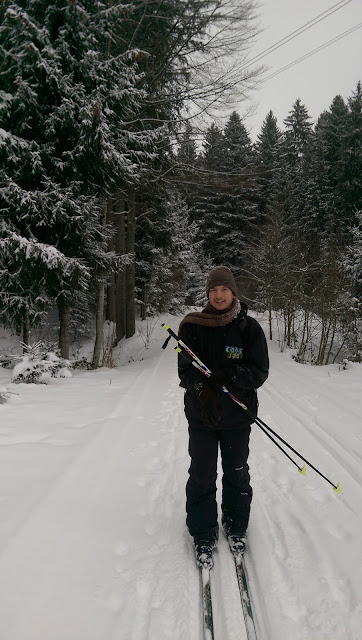 As requested in comments to my previous post, let's talk a bit more about one of the boomerang problems. You were given a 100x100 grid with each cell containing a boomerang pointing to two adjacent sides of this cell. When two boomerangs point towards one another, we call it a conflict. We can rotate a boomerang by 90 degrees in either direction at most K times (K <= 1000, we can pick K different boomerangs for rotation, or maybe rotate some boomerang several times). What is the smallest number of conflicts we can have after at most K rotations by 90 degrees?

Thanks for reading, and check back next week!
Posted by Petr Mitrichev at 6:46 PM