A week with boomerangs

The end of Jan 25 - Jan 31 week was tightly packed with contests.

First off, TopCoder SRM 680 took place on Thursday evening  (problems, results, top 5 on the left). tourist was once again the only contestant to solve the hard problem, and thus enjoyed a 400+-point victory margin - great job! It was especially impressive given that at the end of the coding phase there were 23 submissions for this problem, and one could not suspect all but one would fail.

Here's the tricky problem: you have a string with 2500 characters, each character being one of the 6 letters from 'a' to 'f', and a number k up to 6 of the same parity as n. You need to select k of the string's characters, and split the remaining (n-k) characters into (n-k)/2 pairs, in such a way that each pair has distinct characters. Pairing character i and character j together costs c[i] + c[j] + 100 * abs(i - j), where c is a given array. What is the minimum total cost to build all those pairs? The statement is a bit convoluted, but once you wrap your head around it, the problem itself is quite interesting.

Wunder Fund Round 2016 happened on Codeforces about one day later (problems, results, top 5 on the left). Egor has managed to pull out an amazing last-minute victory, submitting problem F on the last minute - and getting it pass the system test.

Come the next evening - and there's one more competition, this time the final elimination round of the Facebook Hacker Cup, with 25 spots in the onsite competition in London up for grabs (problems with Facebook login, results with Facebook login, top 5 on the left). The difficulty of the problemset was chosen very appropriately, and the contest was mostly about solving difficult problems instead of speed coding, which is awesome. Bruce has solved 4 problems with the smallest penalty time, and will be one of the favorites to win the final round!

I think the second problem was the most beautiful one in this round (picture on the left from the official website). You were given a 100x100 grid with each cell containing a boomerang pointing to two adjacent sides of this cell. When two boomerangs point towards one another, we call it a conflict. We can rotate a boomerang by 90 degrees in either direction at most K times (K <= 1000, we can pick K different boomerangs for rotation, or maybe rotate some boomerang several times). What is the smallest number of conflicts we can have after at most K rotations by 90 degrees?

Finally, the Open Cup returned to action for the first time in 2016 on Sunday with the Grand Prix of Asia (problems, results, top 5 on the left). In line with their awesome performance at the ongoing Petrozavodsk training camp, the Warsaw Eagles team won this contest as well - congratulations!

Problem H was concerned with random walks on a 2D grid. You start from cell (0, 0), and make N random independent steps, moving in one of the four cardinal directions at each step. What is the expected number of cells you will visit? N is up to 5000. 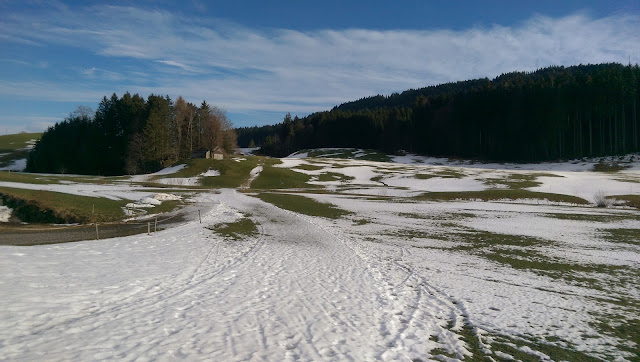 That was one hell of a problem-packed post :) I hope you enjoy solving them!
Posted by Petr Mitrichev at 7:56 PM