TopCoder SRM 715 was the first round of May 29 - June 4 week (problems, results, top 5 on the left, my screencast). It was nice to reduce the amount of 3am rounds thanks to my United States trip :)

The medium problem continued the "constructive" trend on TopCoder. You are given four numbers: k, n1, n2, n3. You need to construct a valid Towers of Hanoi configuration that requires exactly k moves to be solved, has n1 disks on the first rod, n2 on the second one, and n3 on the third one.

Yandex.Algorithm 2017 Round 3 wrapped up the week, and also completed the selection of the 25 finalists (problems, results, top 5 on the left, analysis, overall standings). Despite the addition of a marathon round which should theoretically be less correlated with the algorithm rounds, the finalist cutoff just increased more or less proportionally, from 32 points from 3 rounds last year to 40 points from 4 rounds this year. Congratulations to all finalists! 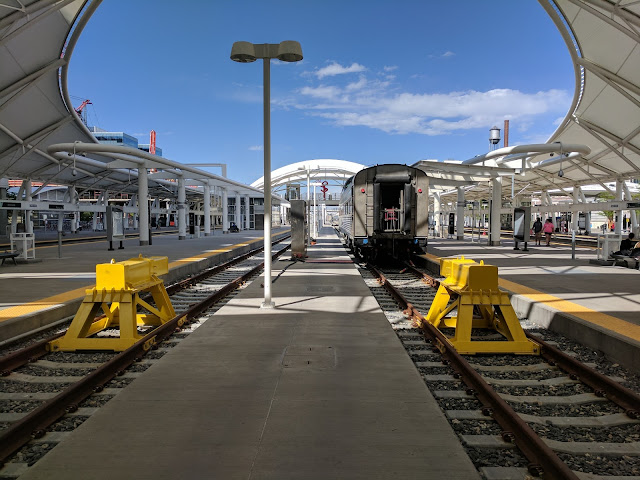 In my previous summary, I have mentioned a problem from Round 2 of the same competition: consider all sequences of balls of k<=15 colors, with exactly ai<=15 balls of i-th color, and no two adjacent balls of the same color. Let's arrange them in lexicographical order. What is the number of the given sequence s in this order?

Finding the number of s is equivalent to counting the number of sequences coming before s in lexicographical order. Coming before in lexicographical order, in turn, means that some prefix of the such sequence would be equal to the corresponding prefix of s, and the next number will be smaller than the corresponding number of s. That allows us to split our problem into 15 simpler subproblems, each looking like: how many sequences of balls of k colors exist, with exactly bi<=ai balls of i-th color, no two adjacent balls of the same color, and the first ball has color less than c, and not equal to d? 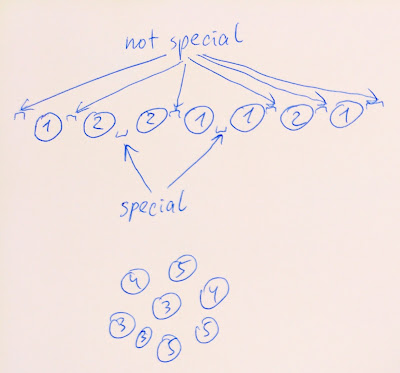 Finally, in order to deal with the requirements on the color of the first ball, we can start by processing the colors the first ball can be, and continue with the colors it can't be, and disallow placing balls into the first position on the second stage, which just reduces the number of available non-special positions by one.

Assuming we have k colors and at most a balls of each color, the running time of this approach is a product of:
for a total of O(k3a4).

Thanks for reading, and check back for the next week's summary!
Posted by Petr Mitrichev at 11:45 AM