TopCoder Open 2017 final round is today at 19:30 CEST. Tune in at https://youtu.be/qrlDoP3JQkI to hear me, pashka and Endagorion discuss! This time we should have problem statements at the beginning of the round :)
Posted by Petr Mitrichev at 5:50 PM No comments:

The Aug 14 - Aug 20 week contained the usual suspects: a TopCoder SRM and a Codeforces round. First off, TopCoder SRM 719 took place in the early Tuesday hours (problems, results, top 5 on the left, analysis). yanQval was a lot faster than everybody else and won the round - well done!

Codeforces Round 429 followed on Friday (problems, results, top 5 on the left, analysis). anta and LHiC have both solved their final fifth problem with only a few minutes to spare and thus obtained quite a margin at the top of the scoreboard - way to go!

Problem D in this round allowed for a cute randomized solution that in my view is a bit easier than the one from the official analysis. The problem was: you are given an array of 300000 numbers, and 300000 queries of the following form: a segment [l;r] and a number k, for which you need to find the smallest number that appears on at least 1/k of all positions in the given segment of the array. Note that k is at most 5, so the number must be quite frequent within the segment. Can you see how to use that fact to implement a simple randomized solution?

And finally, I've checked out CodeChef August 2017 Cook-Off on Sunday (problems, results, top 5 on the left, my screencast). EgorK was at the top of the standings with 4 problems for quite some time, but gennady.korotkevich has then submitted his fourth and fifth problems in rapid succession and won the competition. Congratulations! 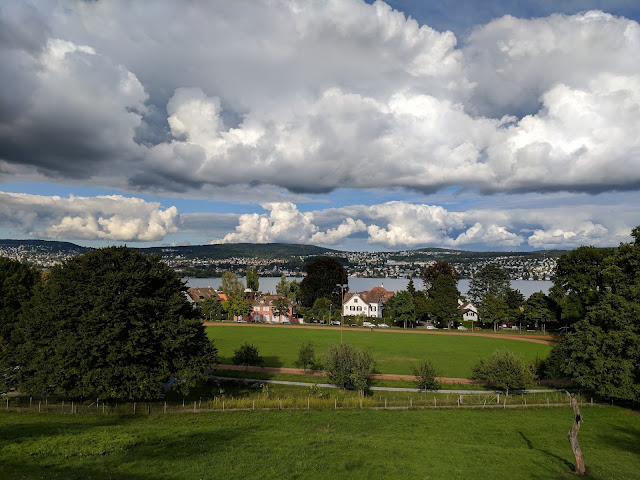 In my previous summary, I have mentioned a problem that I have set for Google Code Jam 2017 finals: you are given a number k between 3 and 10000. Output any simple undirected graph with at most 22 vertices that has exactly k spanning trees.

The approach that works the most frequently in such problems is to learn several transitions that help cover all required numbers. For example, if we could come up with a way to transition from a graph with k spanning trees to graphs with 2k and 2k+1 spanning trees by adding one vertex, the problem would be solved. Alas, this does not seem possible, as it's not clear how to achieve that extra "+1" spanning tree.

As explicit construction turns out to be hard to impossible, we have to turn to more experimental approaches. One thing that stands out is that there's an enormous amount of graphs on 22 vertices, and while they have at most 2220 spanning trees, many have under 10000 spanning trees, and thus we can hope that for each k in the given range there are many possible answers. So the next idea is to try generating random graphs and checking how many spanning trees those graphs have using the matrix tree theorem, hoping to find all numbers between 3 and 10000 at least once.

It turns out that some amounts of trees are more difficult to achieve than others, so this approach by itself is not sufficient to generate all answers within reasonable time. However, there are numerous different ideas that help it find all required numbers faster, and thus help get the problem accepted. I won't be surprised if everybody who got this problem accepted at the Code Jam has used a different approach :) My experimentation led me down the following path:


That's all for my solution, but I have one more question for you: why is 22 so hard to get? In particular, does there exist a simple undirected graph with at most 21 vertices that has 22 spanning trees? I strongly suspect that the answer is no, but don't know for sure.

Thanks for reading, and check back later!
Posted by Petr Mitrichev at 5:18 PM No comments: